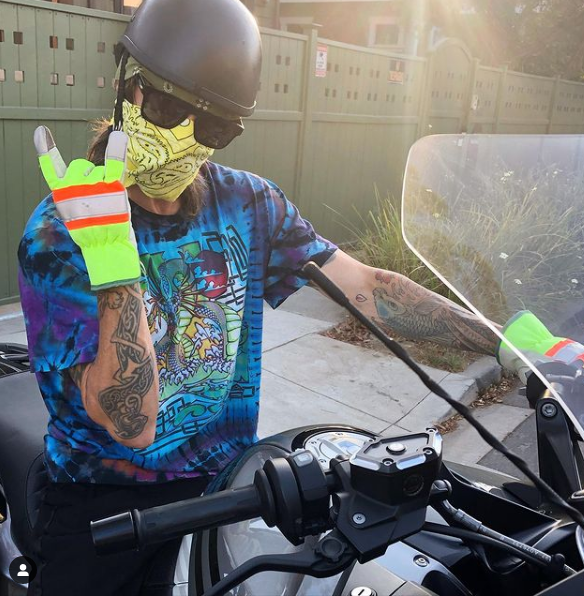 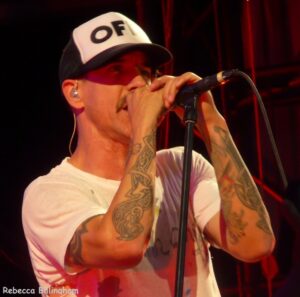 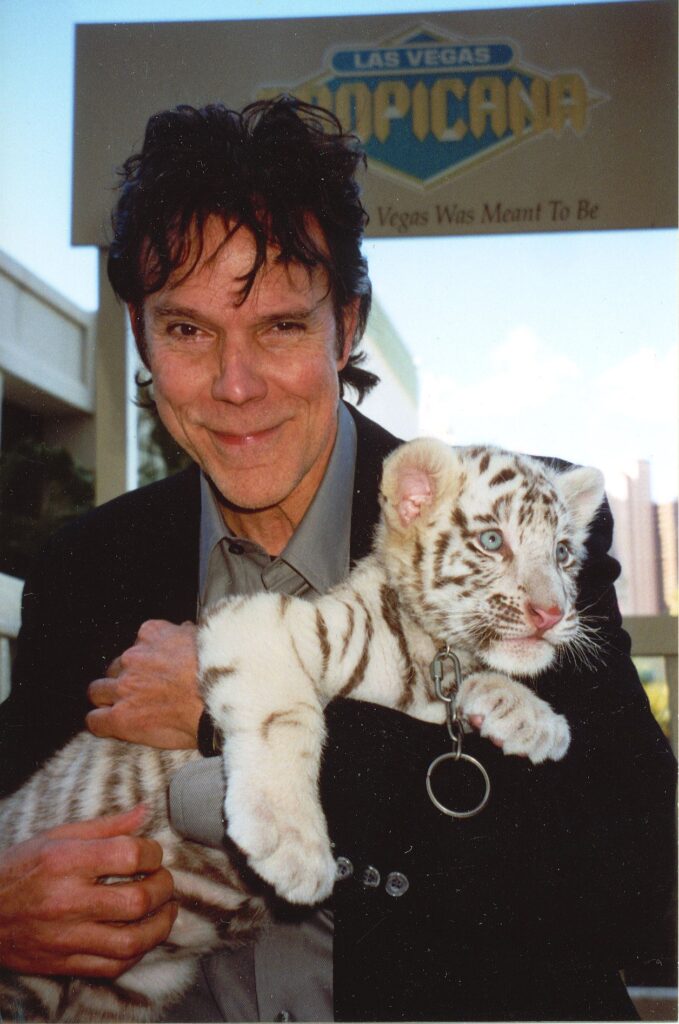 “Lord of the Sunset Strip”

The cruelty that is dementia has reached its inevitable end and Blackie, so sadly, passed away earlier today (12th May).
I know many of us here have fond memories of Blackie as the Head Honcho of the RHCP fan club. Others will have memories of someone who went on to become a dear friend, whether in real life or online. Some will know him as an actor and some of you will be family. You may only know him as the father of Anthony Kiedis and may have possibly have read his autobiography, ‘Lords of the Sunset Strip.’ He was also a talented artist, a collector of skulls and a champion of wolf dogs…

Blackie was a flamboyant, larger than life, character who blazed his own trail through life. His life certainly wasn’t conventional- nor was his method of parenting- and had its rollercoaster of ups and downs, but in later years he very much found his place leading the tribe of RHCP rockinfreakapotomi as president of the official fan club. He didn’t just produce the fan club magazine or organise meet-ups, but there was often a personal aspect too with individual letters or little mementos sent out to fans along the way. Blackie was an amazing link between the band and the RHCP fan base, and since his retirement, he has been very much missed having left a huge void in his wake.

I personally have missed my chats with Blackie about art and literature, & the crazy details of his life and his latest exploits. Helping with his book was fun and I was so delighted to be mentioned in the credits.

My thoughts and love, and I’m sure those of many of us, go to all of Blackie’s family and friends at this sad time, but especially to Peggy, Anthony, Everly Bear, Julie and Jen.
Rest in peace, my friend. Our friend. Head Honcho. 💔

Anthony Kiedis, with RHCP, was due to play this year’s Ejeck Festival in Greece after it was postponed from last year. Sadly, it’s been cancelled again this year due to the on-going pandemic. You can keep tickets for 2022 or apply for a refund. 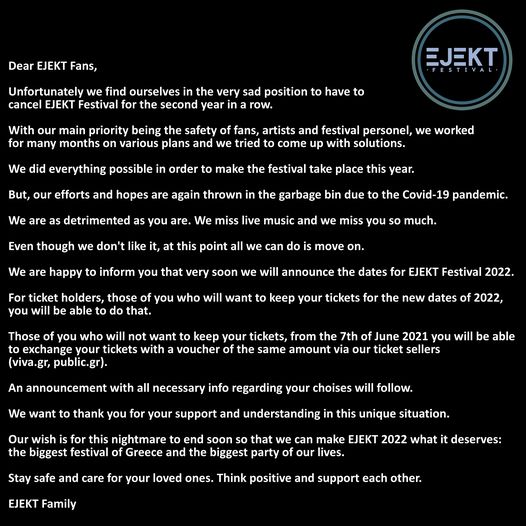 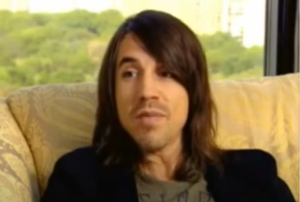 This used to be online but disappeared for years. During the interview, Anthony Kiedis discusses the name of Stadium Arcadium, recording the album and the making of the video for Dani California.

The Pinkpop Festival has announced today that the event will not be taking place this year and the next concert will be 2022. Only Pearl Jam have been confirmed for next year- nothing on RHCP yet. 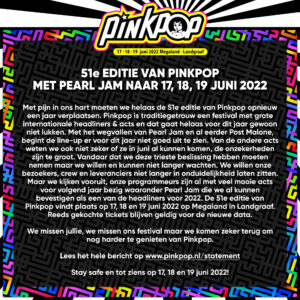 Sad news, but not unexpected given the times… Rock Werchter, Belgium, has cancelled for this year. Anthony Kiedis and RHCP were due to perform. Although many festivals have cancelled for 2021, this is the first one featuring RHCP in the line up to do so.

So sorry for everyone with tickets <3

Rock Werchter will not take place this summer. The four-day music festival will be back in full swing in 2022, from 30 June to 3 July.

This is not a decision we have taken lightly and in recent months we have been talking to governments, experts and colleagues in here and elsewhere about how festivals could take place. With the great momentum on vaccine rollout, we had hoped that it might be possible, however we have come to the reluctant conclusion that given current restrictions we simply cannot prepare for a 2021 festival in the normal way. We want every fan and artist to enjoy the festival to the fullest, and with the current situation we could not achieve this for you.
Whilst we know that this is the right decision, we also know that this decision affects many: our employees, the technical crew, suppliers, artists and their entourages, all the local associations and their volunteers, and of course the fans. Our sector has been on hold for a whole year now. There is a light at the end of the tunnel, but the dark times are not over, even with the cautious restart happening soon. The once thriving live music industry needs government support. Belgian festivals are internationally renowned.
We have a special word of thanks to you, our fans and friends of the festival: YOU ROCK WERCHTER. Every time. Over and over again. You kept hoping during the dark days, showed understanding over the uncertain situation, and gave support to each other and to us. We cannot thank you enough. We look forward to making great memories together again in the future.
Rock Werchter will be back next year, in full swing and even much better than that. Some of the planned Rock Werchter 2021 acts will appear. New names will be added to the 2022 line-up too. The line-up and practical information will be revealed later. But you can make a note of these dates now. Strong as ever, we will be back from Thursday June 30 to Sunday July 3, 2022. Ticket holders will be contacted shortly by our ticket partner, Ticketmaster. They can choose to retain their ticket, carry it over to 2022, or ask to be given a credit to the value of their booking. This credit can be spent on any of the festivals that will take place at the Festivalpark in Werchter in 2021 and 2022. Ticket sales for Rock Werchter 2022 will resume later this year.

Photos of Anthony Kiedis and his son, Everly Bear, have been newly released for Heaven by Marc Jacobs. The photos were taken by David Mushegain (possibly last year).

Anthony Kiedis is wearing a coat with teddy bear details on it (Teddy Coat and Spike Tee). 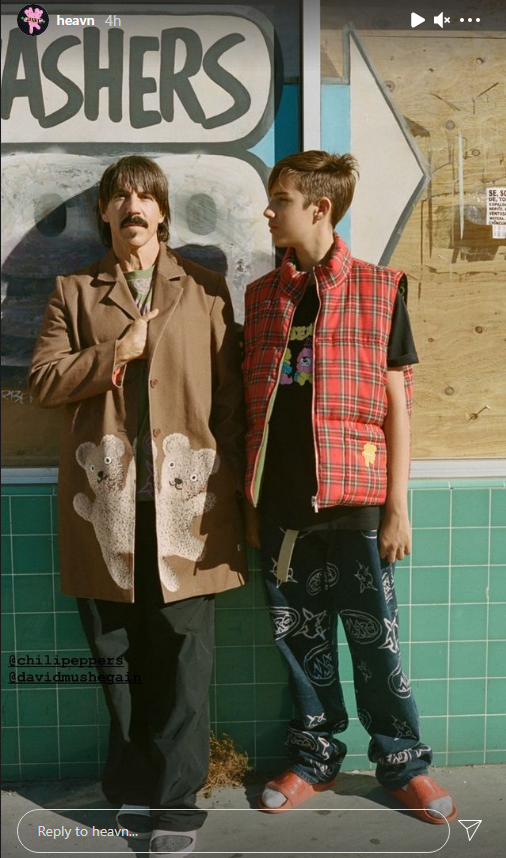 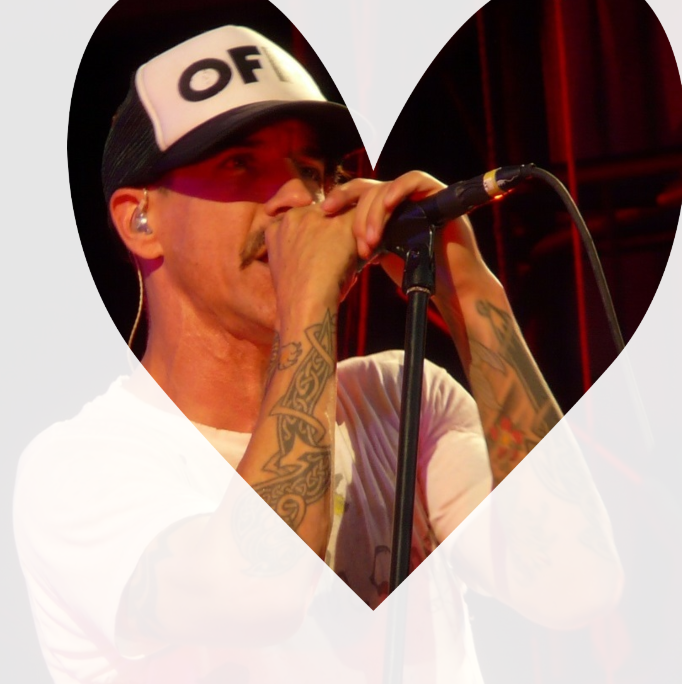 Kiedis: A Dagger Tattoo and A Deep Kick…

A five minute clip, entitled ‘Deep Kick’, has been posted on YouTube by a long-time RHCP fan. Deep Kick was the name given to the “lost” documentary which was made/being made of the recording of RHCP’s One Hot Minute album. Video was filmed over the three year recording period, but the final documentary was never released. Only some brief clips have previously surfaced e.g. in the My Friends video and it’s not even known how much of the documentary was made/completed. It was apparently dropped because it showed some negative aspects to the band e.g. band members arguing and drug use (Anthony being high).

This recently uploaded video clip shows brief live footage of the Red Hot Chili Peppers and some shots of them in a coach and a car. There is some footage of individual band members, but the main footage in the clip was filmed in Amsterdam and concentrates on Anthony Kiedis. It is filmed at Henk Schiffmacher’s tattoo studio and shows Henk working on the first of Anthony’s dagger tattoos. 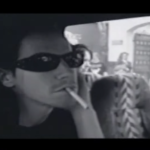 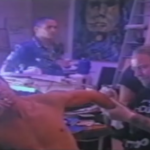 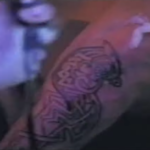 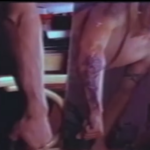 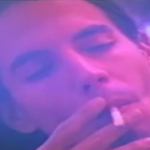 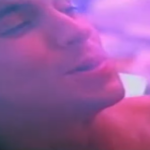 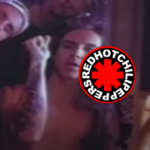