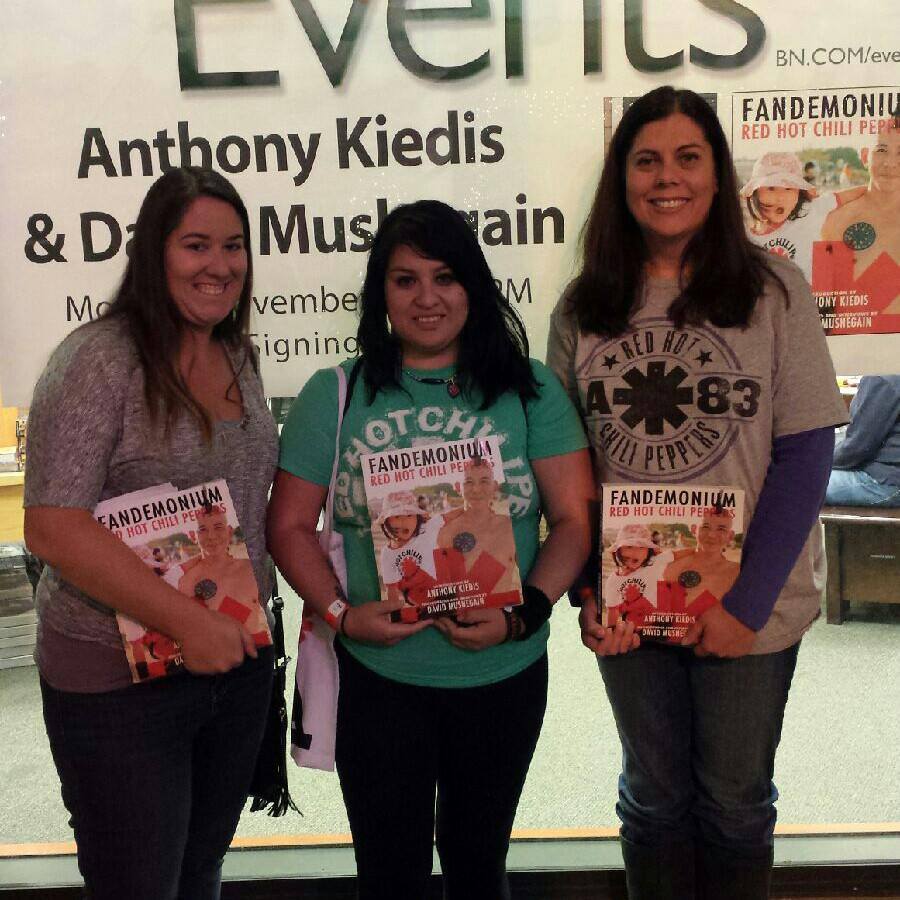 Angra, Feli and Pamela at the signing

So, yesterday and the signing of Fandemonium! The book signing was scheduled to begin at 7 p.m. with wristbands being available from 9 a.m. and was held at Barnes & Noble, The Grove, Los Angeles. Originally the event was advertised as having Anthony Kiedis and photographer David Mushegain in attendance but during the day it was announced that more than one Red Hot Chili Pepper band member would be there! … 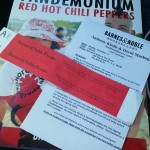 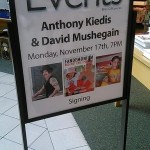 As it turned out, RHCP were represented by Anthony Kiedis, Chad Smith and Flea. David Mushegain was of course there (if you don’t know, Dave is the person at the table with a red bandana) and milling around in the background were several other recognizable faces including Chris Warren (Chad’s drum tech whom many of you will have seen playing on stage with the band during the ‘I’m With You’ tour concerts) and Anthony’s girlfriend, Helena Vestergaard. 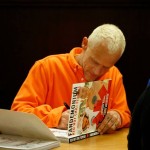 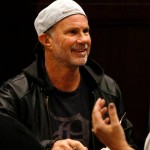 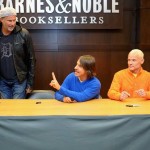 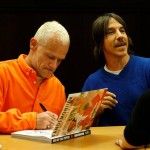 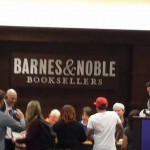 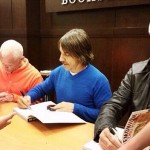 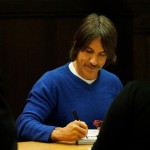 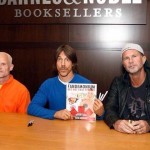 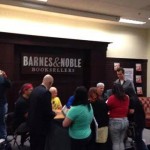 Photos of the Signing: 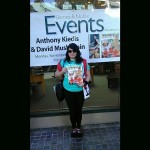 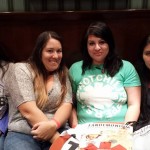 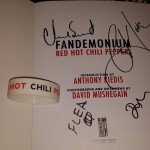 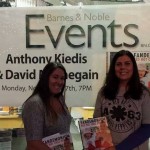 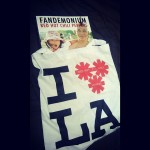 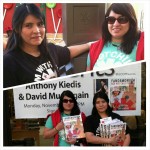 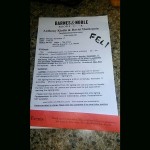 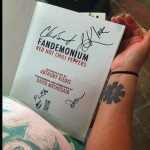 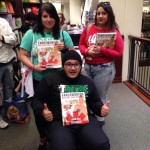 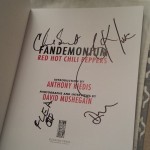 Many thanks to Feli for this video

Credits:
A massive thank you to my friends, Angra, Feli and Pamela, who went yesterday and who have shared their photos and videos with us! Love you my RHCP sister and T-shirt Experiment girls! <3

Other photos I believe are by Brian Gove/WireImage.

If anyone else has info/photos/video of the event and would like to share, I’d love to hear from you!