The Red Hot Chili Peppers are playing a political fundraiser concert on Friday 5th February at the ‘Theatre’ at the Ace Hotel in Los Angeles. Ticket sales will go toward Bernie Sanders’ presidential campaign.

UPDATE: Apparently, the tickets have actually sold out already despite news sites saying tickets didn’t go on sale until the day of the concert. The venue has posted this on their Facebook page: 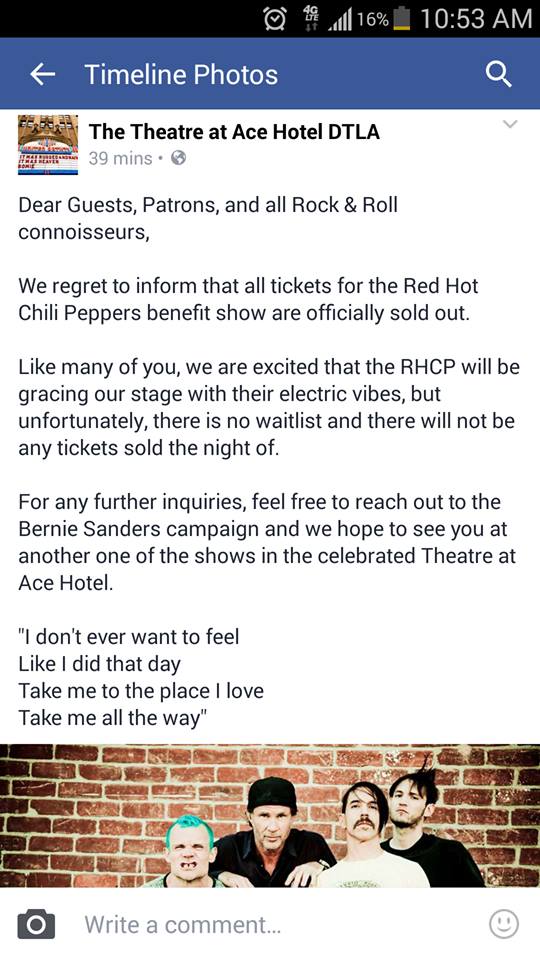