Tell me baby, what’s your story?

Fab is a long-time friend of Anthony Kiedis and RHCP. He’s named-checked on the Live in Hyde Park album. He lived in LA with Flea and was close friends with the band in their early days… Anyway, Fab recently sent some photos that he came across while searching for something else to Anthony & Flea of them with his son, Angelo. Flea posted a couple of them on his Instagram account.The photo of him with Angelo had the caption, “Who is the mystery baby?” leading to much speculation as to who the baby was.

I’m posting them here as they are such sweet pics and to clear up who the baby is as there’s been a lot of debate online and some people didn’t know/have missed the answer (and there’s also a recent one of the, now grown up, baby).

Many thanks to Fab for the extra info & the photos. (Photos used with permission). 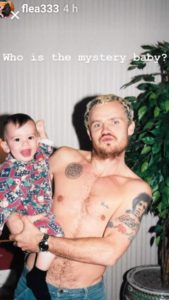 Flea with the ‘mystery’ baby 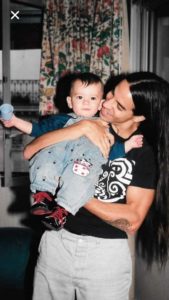 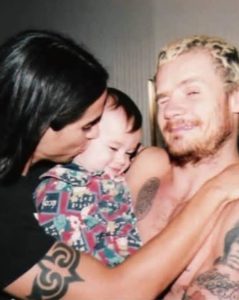 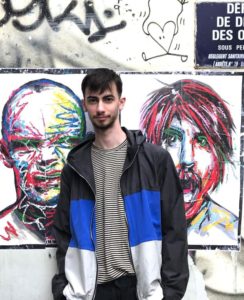