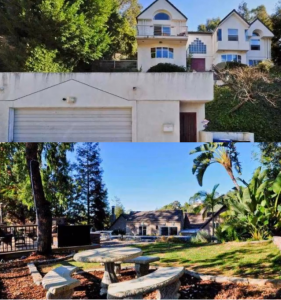 According to Zillow, the three bedroom property was built in 1989  and measures 2,849 square-foot home. Anthony was the first owner:

Anthony brought the property in 1990:

“Anthony called: they’d broken their contract with EMI and signed with Warner Bros. after a meeting with the legendary Mo Ostin. With Anthony’s upfront contract money, he bought a hone on Hollyridge Drive under the Hollywood sign with views of the city…”

Lords of The Sunset Strip by Blackie Dammett; page 288.

In addition to the house having views of the Hollywood sign, it also has city views and overlooks Beachwood Canyon and Griffith Park.  There is an outside private pool and an outdoor kitchen.

According to public records, Kiedis sold the house in 1997 to KCBS-TV anchorwoman Suzanne Rico for $560,000. It has since been remodelled by AUX Architecture: 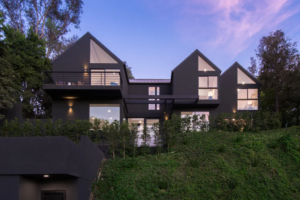 More photos of the house can be found on their website: AUX Architecture. There is also a video of the house taken after Anthony owned it but before the remodelling therefore showing the house closer to how it looked when Kiedis himself owned it:

You can see Anthony being interviewed at the house in this video:

One Response to Past Homes: 3120 Hollyridge Drive