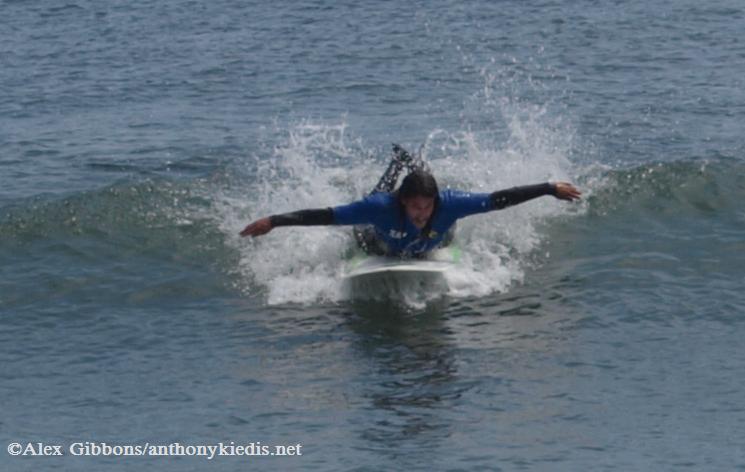 Something happens when all of that wave energy travels from the southern ocean all the way up to the northern pacific, it just releases, it’s like this invisible bouquet of energy that, I don’t know, gets you high! So that was it for me, I was sold and I didn’t put down the board, I started doing it every day.

Anthony Kiedis is a keen surfer and has spoken many times about the calming effects that the ocean has on him, for example in the Malibu magazine. He is frequently photographed surfing in the Malibu area and has been spotted surfing during down time while RHCP tour abroad.

Due to his love of the ocean and surfing, Anthony is an active supporter of marine charities and has taken part in a number of fundraising events both personally and as a member of the Chili Peppers. He has been closely involved with the Sea Shepherd Conversation Society (SSCS) over the years, attending a number of its fundraising functions, and literally, wearing the t-shirt. The SSCS is a hands-on organisation concerned with protecting the world’s oceans and stopping the slaughter of marine wildlife in order to protect it for future generations. In 2019, RHCP performed at a benefit gig for Oceana; a charity which runs a number of initiatives all concerned with marine conservation and maintaining fish stocks as a viable source for human food.

Photos from the Surfrider Charity Event which was based on celebrities surfing. Anthony took part along with Flea.

Popeye Magazine: Article about the Malibu Surfing colony (in Japanese, but good photos).

A Charity Surfboard decorated by Anthony; and another.

One Response to In the Water…