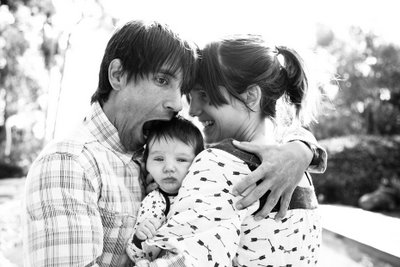 Anthony began dating model, Heather Christie in 2004, after spotting her at a party;

“I saw this beautiful face smiling throughout the night,” he recalls. He said hello, found out she had a boyfriend, but cadged a commitment to have coffee. After some time apart, he and 20-year-old Heather Christie reconnected and began dating, and they are now cohabitating. “On paper there was no reason whatsoever we should have gotten along,”he says of Christie, who on their first date took him on a tour of her hometown of Simi Valley. “But when I hung out with her, I didn’t want to hang out with anybody else.”

They were first photographed publicly together on September 16th. The relationship for the couple was not always plain sailing and they had several falling outs with the couple temporarily splitting in late 2005, while Kiedis reportedly dated model Jessica Stam, only for him to reunite with Christie early in 2006. The following year Heather became pregnant with the couple’s child. Their son was born on October 2nd, 2007 and named Everly Bear.

“Kiedis’s girlfriend Heather Christie came up with the rest. “The mama came up with Bear,” Kiedis says. “That made sense to me because he’s from me and I feel like I’m part of the bear clan, and I think it’s nice to have a little bit of earth in your name.”

“We had a long list of names, but I suppose it came to me by way of the Everly Brothers, which is one of my favourite bands,” the Red Hot Chili Peppers singer said at a fundraiser for the Sea Shepherd Conservation Society in LA. “And sometimes last names make good first names.” 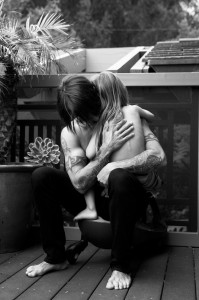 Unfortunately, the couple split again in June 2008 when Everly Bear was a few months old. This time it was permanent. They used to share custody of their son although Anthony has always been the primary carer.

Heather married a couple of years ago and relocated shortly afterwards to the other side of the country. This presumably made access to her son more difficult although she still had Everly to stay occasionally (photos of Everly at her new home in Vermont were posted on her Instagram account and the later court case clearly shows there was a custody agreement with visits established). In April 2018, Heather took Kiedis to court when he tried to block one such visit on the grounds she was an unfit mother and requested the visit took place in LA where it could be supervised more carefully. Details were leaked to the press hence the details are known (Christie made counter claims against Anthony’s character). The court case found in Heather’s favour and the visit went ahead, but contrary to some news reports, Anthony remained the main carer for their son. It was just a scheduled visit that went ahead and not changes to the existing custody arrangement. Everly Bear still lives with his father in Malibu.

Nothing is known of Heather Christie recently; her Instagram page was closed towards the end of 2018 and enquiries of people who knew her have drawn a blank, while friends have posted on social media saying they miss her.

12 Responses to The Bear Clan