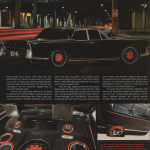 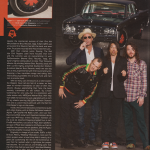 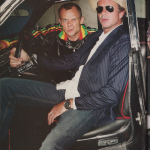 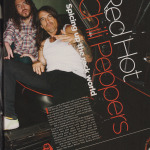 Thank you to Kathie Davis for the transcript.

Spicing up the Rock World

Imagine a world where there was no such band as the Red Hot Chili Peppers, but instead Tony Flow and the Miraculous Masters of Hayhem (what the band originally called themselves).  Shakespeare wrote in Romeo and Juliet, “that which we call a rose by any other name would smell sweet,” which in this case means the Red Hot Chili Peppers would be a great band no matter what they call themselves.

With a sizzling name that rolls of the tongue, the group has redefined American rock music.  Throughout their 14 years in the music scene, The Red Hot Chili Peppers have gone above and beyond to prove their lasting power.  Despite their various trials and tribulations over the years (addiction, death and numerous new members), the band has always focused on their music, making them a legend in the industry.

What started off as just fun and games between four Fairfax High School friends in L.A. (Anthony Kiedis, Hillel Slovak, Michael “Flea” Balzary and Jack Irons) turned into a full-on career after their first performance at a hole-in-the-wall club in L.A., which was so full of energy and charisma (especially their infamous tube sock performance that covered their “packages”) that the promoters begged them to return the following week.

The next four years were difficult for the band as they lost two original members – Slovak overdosed and Irons left the band soon after.   Then in 1989, two current prominent members joined the band – Chad Smith and John Frusciante – who helped change the band’s direction and sound.  Their fourth album, Mother’s Milk (EMI, 1989), gave them their first modern rock hit and first gold record.

Then the magic happened with their next album, Blood Sugar Sex Magik (Warner Bros. Records, 1991), where their true potential as a band was heard and seen.  The album produced three hits – “Give it Away,” “Under the Bridge” and “Suck My Kiss.”  “Soon, success and money took their toll on Frusciante, who abruptly quit the band while touring in Japan in May of 1992.  He would then go on a downward spiral with his drug addiction and eventually entered Los Encinos Drug Rehabilitation center in January of 1998 only to be invited back into the band a year later.

The years between Frusciante’s departure and return saw numerous changes in the band’s line-up, with the most notable being Dave Navarro, former Jane’s Addiction guitarist.  But internal quarrels between Navarro and the rest of the band arose, despite the commercial success of their One Hot Minute (Warner Bros. Records, 1995).  In April 1988 it was announced that Navarro had left the band, and soon after, Frusciante returned after Flea invited him back.

With their creative juices flowing, The Red Hot Chili Peppers were more focused than ever and the outcome was an overwhelming hit with Californication (Warner Bros. Records, 1999), the band’s highest selling album to date.  Their following albums – By the Way (Warner Bros. Records, 2002) and their current highly acclaimed double-disc Stadium Arcadium (Warner Bros. Records, 2006) – are also big hits as they experimented with their sound and lyrics, dropping a few rap-driven songs and taking their intoxicating psychedelic mix of punk, funk and hard rock to another level.

With as many ups and downs as a rollercoaster, the Peppers have had one hell of a career, as they seem to reinvent themselves on each of their new albums.  Always appreciating their fans, the band recently customized an old school ’64 Lincoln Continental for one lucky fan in a promotion with radio station 106.7 KROQ and Warner Bros.  With help from DUB, the Continental was upgraded with 22-inch TIS 05 wheels sporting 285/35R22 Michelin Diamaris tires and a custom black paint job with the Red Hot Chili Pepper’s logo on the center.

Originally in charge of just audio, DUB’s 12-Volt Director, Many “Maddog” Machado Jr., took over the entire project when a local shop didn’t exactly do a great job customizing the rest of the Continental.  It was then he realized what a nightmare the project had become.  “It’s an old car, and finding parts that the other shop had lost was hard,” described Maddog.  “I had to get on eBay and the Internet to look for missing stuff.  It was frustrating at first, but it turned out perfect.”

With their incredible international success over the years and line-up of talent, the Red Hot Chili Peppers don’t show signs of quitting any time soon.  Instead, they continue touring and hope to make music for years to come.