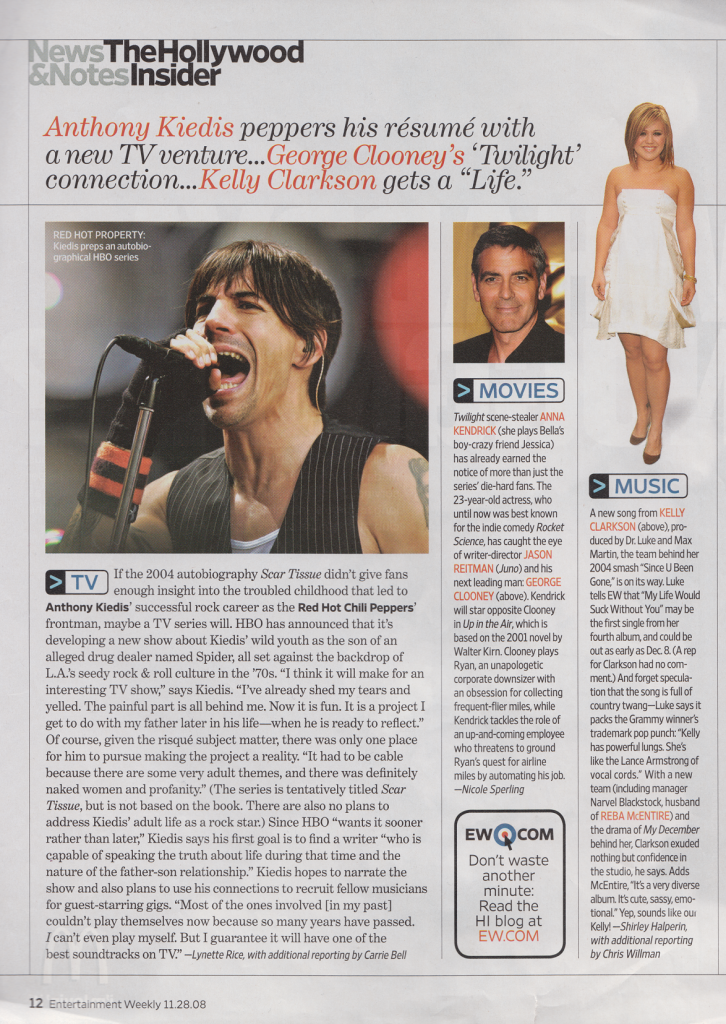 Anthony Kiedis peppers his resume with a new TV venture…

If the 2004 autobiography Scar Tissue didn’t give fans enough insight into the troubled childhood that led to Anthony Kiedis’ successful rock career as the Red Hot Chili Peppers’ frontman, maybe a TV series will. HBO has announced that it’s developing a new show about Kiedis’ wild youth as the son of an alleged drug dealer named Spider; all set against the backdrop of L.A.’s seedy rock & roll culture in the ‘70s. “I think it will make for an interesting TV show, “says Kiedis. “I’ve already shed my tears and yelled. The painful part is all behind me. Now it is fun. It is a project I get to do with my father later in his life- when he is ready to reflect.” Of course, give the risqué subject matter, there was only one place for him to pursue making the project a reality. “It had to be cable because there are some very adult themes, and there was definitely naked women and profanity.” (The series is tentatively titled Scar Tissue, but is not based on the book. There are also no plans to address Kiedis’ adult life as a rock star.) Since HBO “wants it sooner rather than later,” Kiedis says his first goal is to find a writer “who is capable of speaking the truth about life during that time and the nature of the father-son relationship.” Kiedis hopes to narrate the show and also plans to use his connections to recruit fellow musicians for guest-starring gigs. “Most of the ones involved [in my past] couldn’t play themselves now because so many years have passed. I can’t even play myself. But I guarantee it will have one of the best soundtracks on TV.”