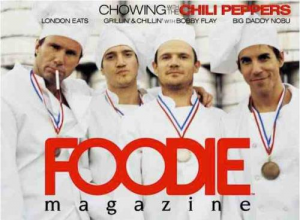 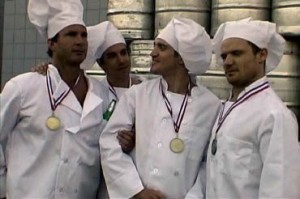 The legendary cover! I know this exists as I’ve seen another photo of it (where two copies of the magazine on the photo and I was promised one of them several years ago. Maybe one day!). I have no date for this magazine and have tried to source it so many times. There’s the magazine, photo and the video below.

Video (2.20 mins in) The lads goofing around with fake French accents while Chad Smith tries to eat his medallion….

If anyone has any more details about this e.g. dates, rest of the magazine article, we’d love to hear from you!

One Response to Chef Kiedis