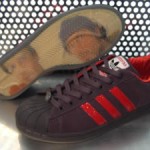 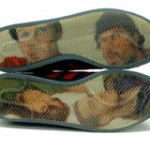 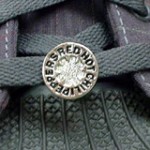 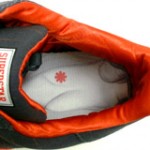 To commemorate their 35th anniversary, Adidas launched a series of special design trainers and Red Hot Chili Peppers were featured on a pair in the music series. Only 5000 pairs were released worldwide. The product was launched at the Jam Master Jay memorial dinner in New York on 25th February 2005 and was available in shops from March 1st, 2005.  Anthony Kiedis featured on the soles along with portraits of the other members of Red Hot Chili Peppers (there are associated RHCP symbols on the trainers e.g. RHCP asterisk logo on the insoles).