Shawn was the clothing label set up by Anthony’s then girlfriend, Yohanna Logan (Claire Essex in later editions of Scar Tissue), whom he dated on/off between 1998 – 2002. Shawn was apparently Logan’s nickname. 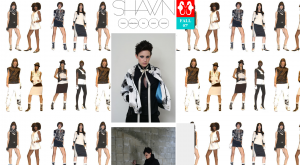 The website does not seem to have been updated since 2007

While dating, Anthony Kiedis paid for her to return to school- the Fashion Institute of Technology. When Logan finished her studies, she moved to LA to live with Kiedis and he helped her set up in business:

“Anthony and Yohanna had moved from their Mediterranean West Hollywood penthouse into an old house with lots of personality off Mulholland in a celestial cliff overlooking the clouds. Anthony set her up in business designing clothes, and she had a nifty office and workspace in the quaint home. A loyal boyfriend, he wore her gear to perform in…”

‘Lords of the Sunset Strip: An Autobiography’ By Blackie Dammett; page 351

To show his support for his girlfriend’s venture, Kiedis modelled an outfit of her clothes- including a red kilt- on the catwalk of her (fall) 2003 show. The show took place on 3rdApril, 2003 during L.A. Fashion Week and was hosted by Playstation. 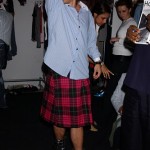 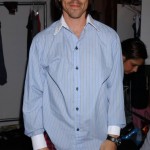 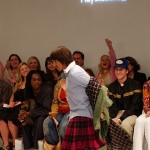 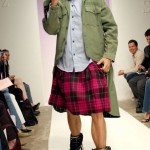 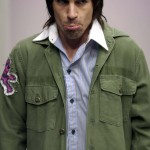