I’m not sure what depth of info people want on this site about RHCP news considering the site is dedicated to just Anthony Kiedis, but I think people will want some info on the new RHCP album release and the tour because it means hearing and hopefully for all of you, the chance to see AK in tour at some point over the next two years, so I’ll post the most relevant info here relating to AK and add in a link to my RHCP dedicated website for those of you who want the full details.

The latest dates on this are for summer 2011; Flea gave that general date in an interview a couple of months ago and RHCP drummer, Chad Smith, recently narrowed the release date down to the last week in August. (Videos of both of those two interviews are available on TheChiliSource). However, Ak’s dad, Blackie Dammett, has recently made a ‘cryptic’ remark on his Facebook page and people aren’t sure if he meant the album is being released earlier or later! : 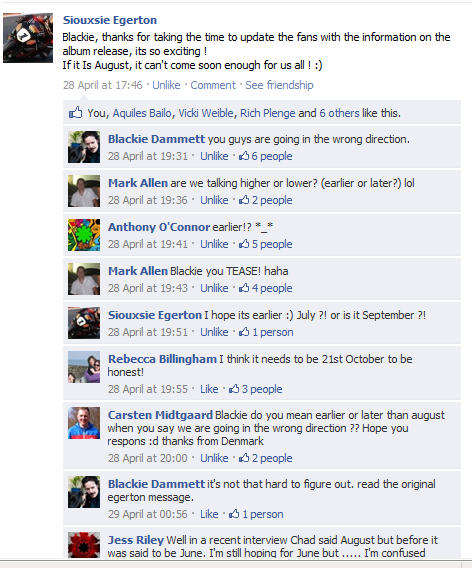 We do know from Blackie that the album has been completed according to both Rick Rubin, the producer, and Anthony Kiedis as well! : 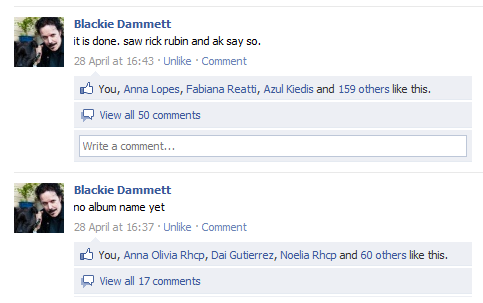 Blackie’s other post confirmed that the new RHCP album still has no title as of yet. Anthony had mentioned that the working title for the record was ‘Dr Johnny Skinzs Disproportionately Rambunctious Polar Express Machine Head‘ in an interview but that was a joke title based on a friend’s comment and Kiedis made it clear that this was not the final title for the album; Blackie has confirmed that too.

Rumours are increasingly circulating as to dates and countries to be included in the tour. So far only the following two dates have been confirmed:

Other countries have been named by Blackie Dammett in various posts on his Facebook page and his latest update is that RHCP tour dates are still being confirmed and that the tour will be massive!

For anyone interested: The Facebook RHCP Tour page mentioned is one I set up to help out Blackie Dammett as he was being swamped with information requests; I’ve added other RHCP website admins to the group so we can try and get as much information as we can, as quickly as we can.

One Response to Closer to hearing and seeing Anthony Kiedis?