UK Magazine Q has just published it’s 300th edition and to celebrate it’s done various look-backs and reviews of past articles over those 300 editions and RHCP are mentioned a few times. 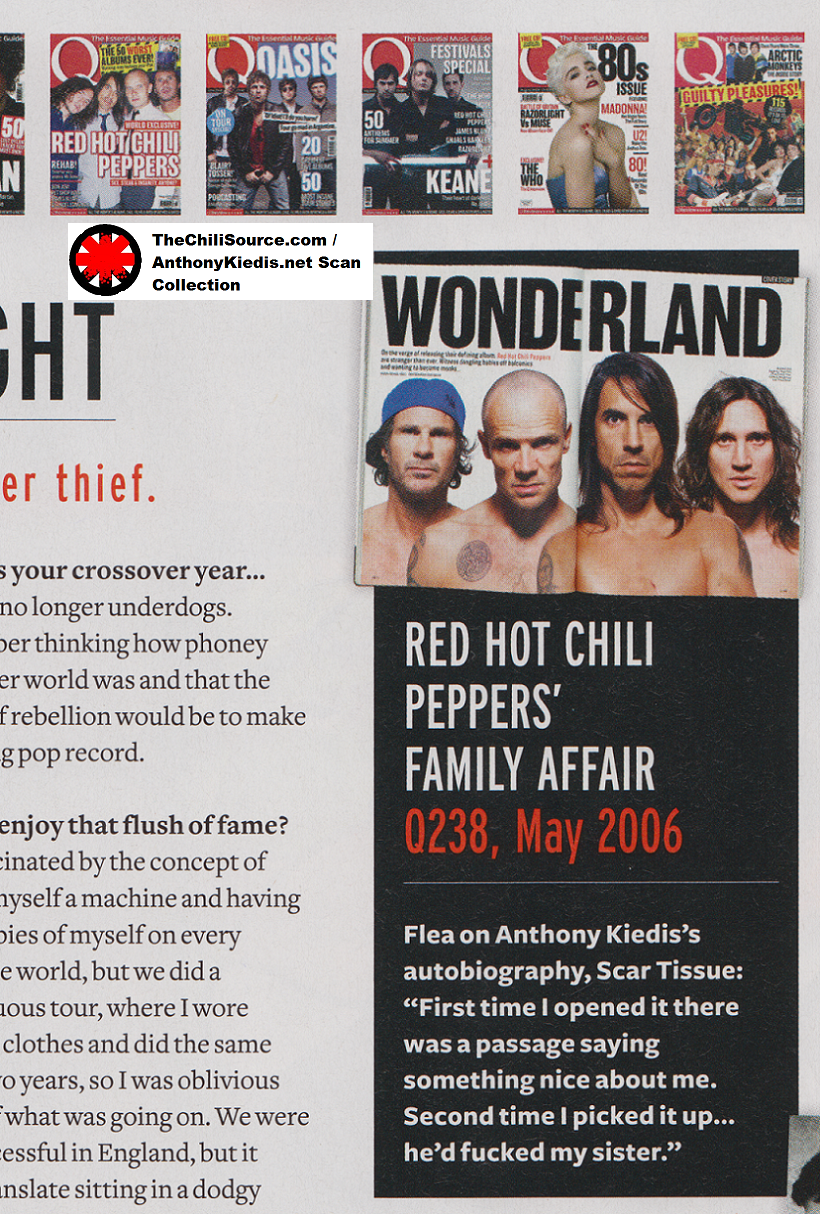 We have this article scanned in our magazine scan section if you want to see the full scans of the whole article and read more: Q May 2006 RHCP in Wonderland 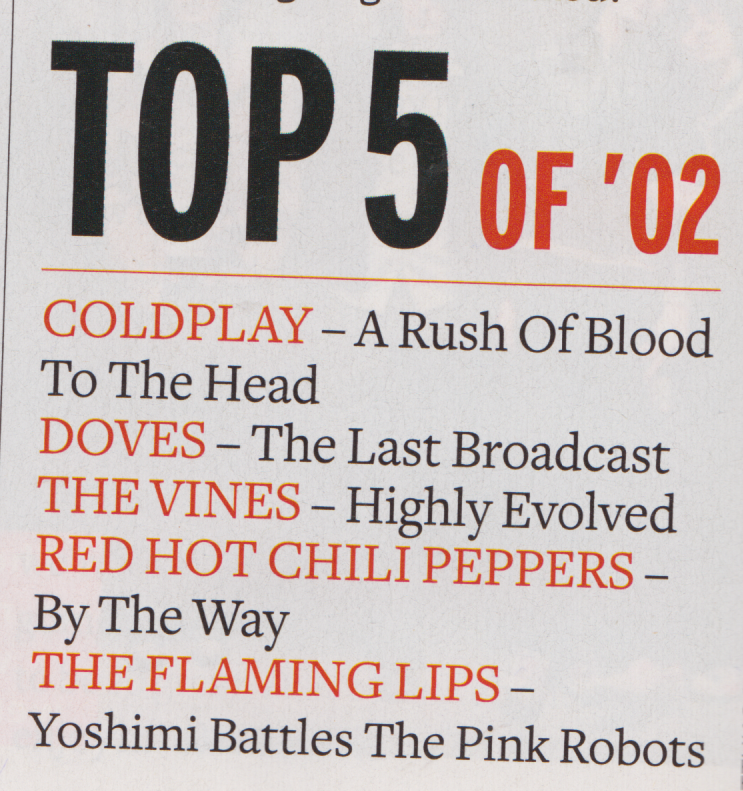 There is also a section on John Frusciante; I apologize for adding it here but my main RHCP website TheChiliSource is currently under-going a re-vamp and will be on/off-line over the next couple of days so I’m posting here so TCS followers can still be kept up to date 🙂

“When I was 27, I had a year of not feeling like myself, a year of feeling like I was an imposter who didn’t deserve to be called John Frusciante. It was the worst year of my life. I was smoking crack all day long, shooting heroin, shooting cocaine, drinking wine, taking valium. If I’d had a gun, I definitely would have killed myself. I would get these warnings from spirits saying, You don’t want to die now. I got back in touch with the spirit that is John Frusciante and I didn’t feel like an imposter any more.