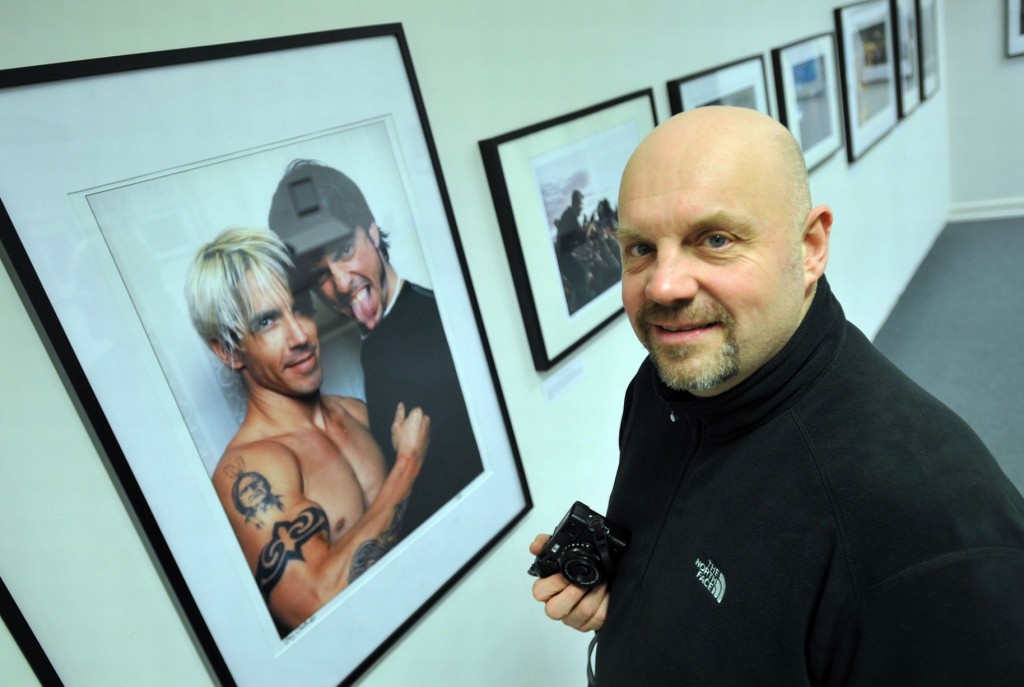 Those of you in England might be interested to know that Tony Woolliscroft’s photographs are being featured in a new exhibition in Aldershot so those of you who didn’t get to see his previous displays, in Bedford and Stoke-on-Trent, now have another chance to see his work. Tony of course was the author/photographer behind ‘Me and My Friends’ featuring his photos of the Red Hot Chili Peppers and he took many of the iconic images that we are used to seeing. His work has featured in music magazines over the years such as RAW and Kerrang! The new exhibition features all of his work rather than concentrating on just RHCP but the Chilis (and Foos) will always be prominent;

But it is his work with RHCP and Foo Fighters that Mr Woolliscroft said he retained the greatest affection for, both as a professional and a fan.

“For 25 years, they have dominated the rock scene,” he said.
“You’re incredibly lucky if you get just one band you work with who go supersonic – I had two.” Source

Admission to the current exhibition of Tony’s work is free and ends on 25th February 2015.

This entry was posted in Red Hot Chili Peppers, RHCP. Bookmark the permalink.