And Another Backstage Interview

Yet another brief interview with Anthony Kiedis from the Jeremy Scott fashion show (the throwing paint at the models bit doesn’t sound like a newly married man!) this time courtesy of Yahoo Style! 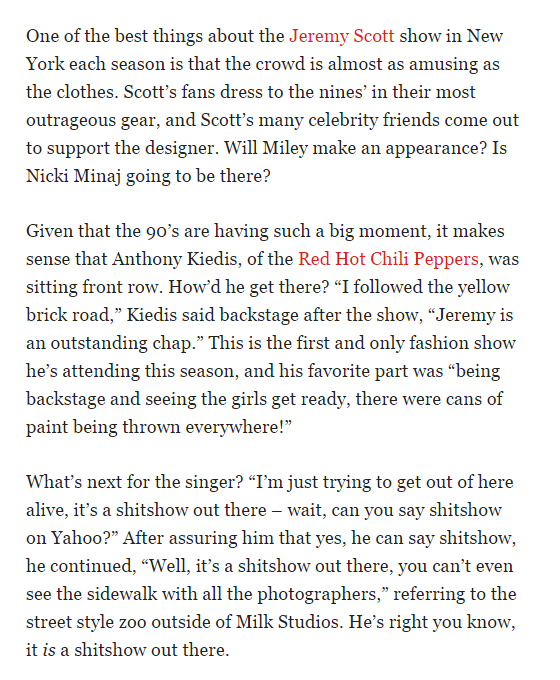 One of the best things about the Jeremy Scott show in New York each season is that the crowd is almost as amusing as the clothes. Scott’s fans dress to the nines’ in their most outrageous gear, and Scott’s many celebrity friends come out to support the designer. Will Miley make an appearance? Is Nicki Minaj going to be there?

Given that the 90’s are having such a big moment, it makes sense that Anthony Kiedis, of the Red Hot Chili Peppers, was sitting front row. How’d he get there? “I followed the yellow brick road,” Kiedis said backstage after the show, “Jeremy is an outstanding chap.” This is the first and only fashion show he’s attending this season, and his favorite part was “being backstage and seeing the girls get ready, there were cans of paint being thrown everywhere!”