RHCP to Start Recording the New Album in July 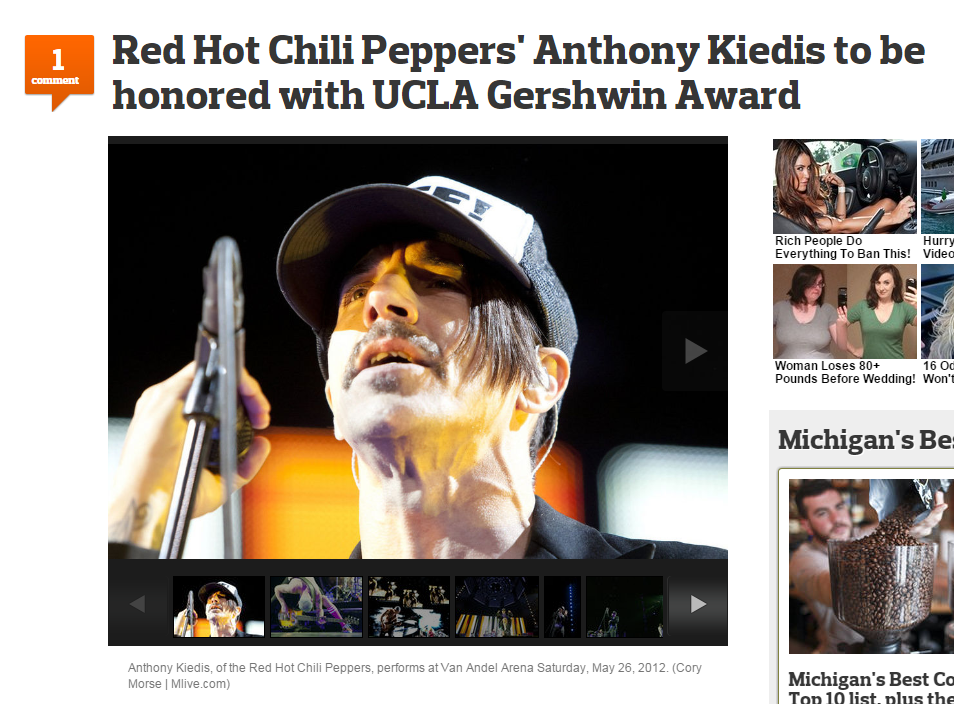 We normally post information here once and add additional links to existing articles, but I’m making an exception for this article on Anthony Kiedis receiving the Gershwin award (original post with ticket info, etc.) because there are comments by his mother, Peggy Noble Idema, in the article and it also mentions that RHCP will start recording the new album in July:

Anthony Kiedis, singer for the Red Hot Chili Peppers and one of Grand Rapids’ most famous exports, will be the 2015 recipient of the George and Ira Gershwin Award.

Presented by the University of California Los Angeles’ Student Alumni Association, the honor is a lifetime achievement award handed out annually to landmark figures in the music industry. The UCLA website calls Kiedis “one of the most influential artists in the alternative rock boom of the early ’90s,” and the university will place him among previous recipients such as Frank Sinatra, Stevie Wonder, Julie Andrews, Ella Fitzgerald, Alanis Morissette and MC Hammer.

“This really makes me proud,” Kiedis mother, Peggy Noble Idema, of Lowell, said. “Both my parents and Grandpa Idema were huge Gershwin fans – I grew up with their music.”

The award will be bestowed upon the singer at UCLA’s May 16 alumni day.

Kiedis, 52, was born in Grand Rapids, and lived here until he was 11, attending Brookside Elementary School. He frequently visits the area to visit his mother and other relatives.

Red Hot Chili Peppers last performed locally in 2012, at Van Andel Arena, its fourth time headlining the venue since 2000. The band has sold more than 80 million albums worldwide, and was inducted into the Rock ‘n’ Roll Hall of Fame in 2012. Recording for the band’s 11th studio album is set to begin in July, Idema said.