I go down to Cornwall for a few days on holiday and it all happens! 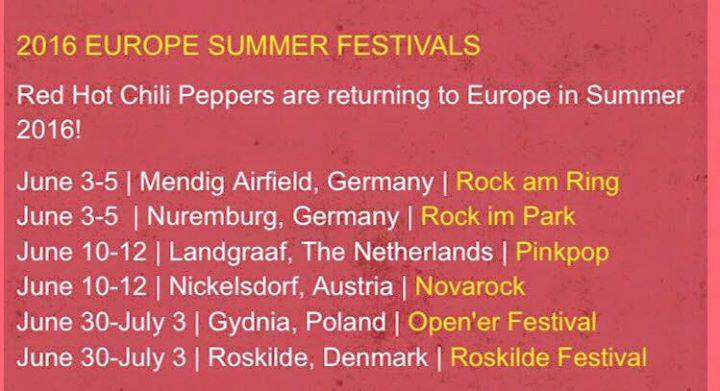 The Red Hot Chili Peppers have announced a number of tour dates for summer 2016- all so far are at festivals in Europe. These are the dates announced:

No other details as to exact dates the Chili Peppers are playing or for sales have been announced yet.

Many thanks to Shalhevet for letting me know!