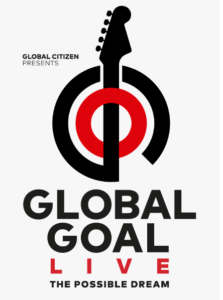 The Red Hot Chili Peppers have just posted a link and information on the Global Goal Live campaign by Global Citizen. The campaign aims to try to end world poverty by raising $350 billion each year for the world’s poorest countries.

RHCP are listed as one of artists to perform as part of this campaign’s culminating event which will take place over ten hours. Details as to where and when will be announced in early 2020, but it will take place on 26th September 2020 in one of five locations.

We are thrilled that so many artists have already said they’ll be involved in Global Goal Live, including:

A small amount of tickets might be available on general sale with the majority available to Global citizens who earn them:

How can I get tickets?

Global Citizens around the world can take action to earn their tickets to the events, as has been possible for all past Global Citizen events.

We will announce specific actions and draws for tickets closer to each event. In the meantime, we encourage you to take action in support of the campaign.

A small percentage of tickets to each event may also be available for purchase, with proceeds going to underwrite the event.

Locations will be on five continents:

And three others to be announced with one in Latin America, one in Europe, and one in Asia.

(Information from above link; scroll down below the partner icons and click on the info sections).