The latest edition of Q magazine from the United Kingdom contains several mentions of Anthony Kiedis & RHCP in it.

Article about I’m With You

The Red Hot Chili Peppers have told Q that new guitarist Josh Klinghoffer has revitalised the band. “It’s been like starting over again,” says frontman Anthony Kiedis (pictured). Klinghoffer was recruited 18 months ago to replace John Frusciante and makes his recorded debut on new album I’m With You. Produced by Rick Rubin and with cover art from Damien Hurst, the album mixes their trademark funk sound with classic rock inflections. “It was a big thing for us to decide to continue without John, “acknowledged Flea. “But we came back really enthusiastic and wrote a shit-load of stuff. I’m excited about the whole deal.”

Q are also holding a competition to find the top 25 bands to celebrate the 25 years of the magazine’s publication and RHCP are included in the 25 options to vote for- considering their frontmas is Anthony Kiedis, they need to be number one so let’s get voting! 🙂

And finally! Q is running ‘Sounds of Summer’ which features the top 10 songs to do with an aspect of summer and this being the UK, that has to involve rain! And RHCP get a name check at number 10 for….. yes, ‘Naked in the Rain’! 🙂 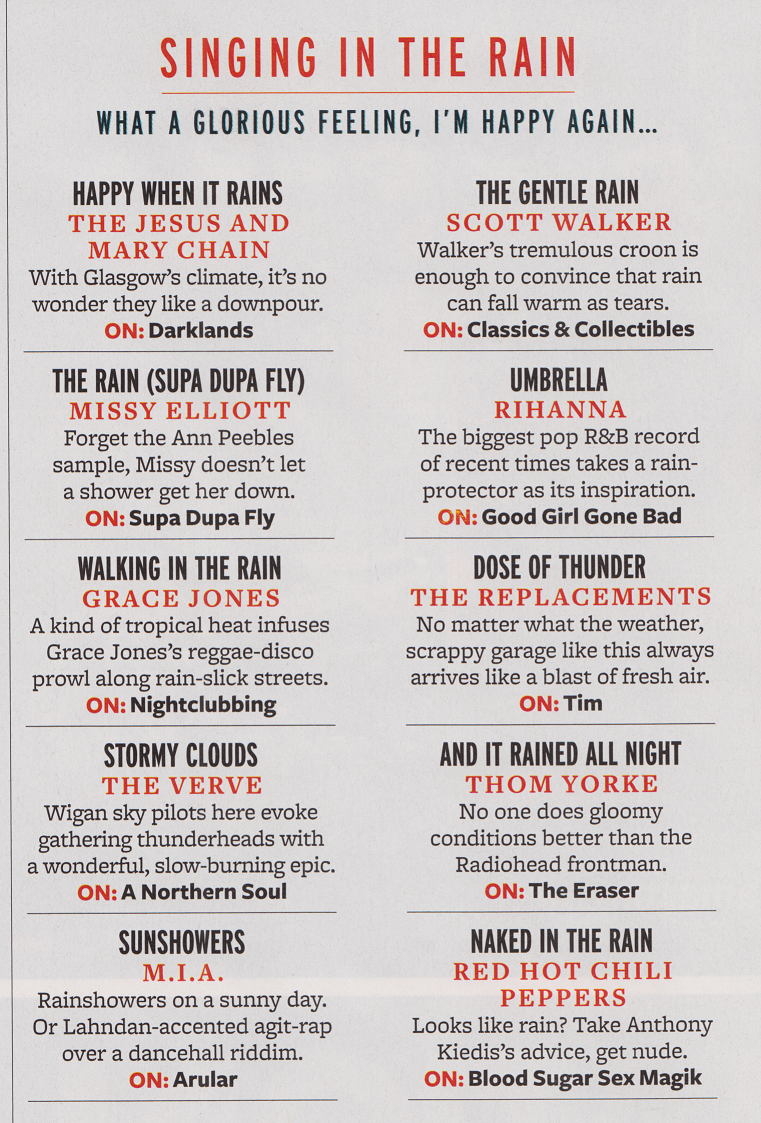