I’ve just added a really rare scan from 1985-it’s the earliest one we have and only one of 5 from the 1980s so it’s very special and something that not many Red Hot Chili Peppers’ fans will have seen before! 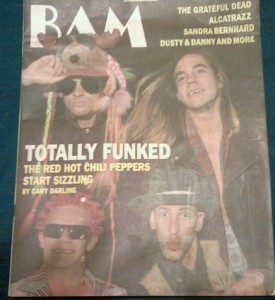 It’s also the earliest RHCP magazine cover featuring Mr. Kiedis and the band that we’ve seen- if anyone has anything earlier (or any other magazines) they would like to share with us, we’d love to hear from you!

Many thanks to R!ch for sharing his magazine with us 🙂

2 Responses to Rare Magazine Scan from 1985