I’ve been lucky enough to get six of these magazines and today I’ve scanned and uploaded the last three of them to The Chili Source. One of them, contains an account of Anthony’s journey to India in 1997 so I’m adding the relevant bits here:

During February and March of 1997 Anthony traveled across the ancient and eclectic country of India, mingling with it’s one billion people and their countless languages, religions and philosophies. Arriving first at the international airport in Bombay on the western coast of the subcontinent, he connected with a smaller plane and proceeded down to Thuruvananthaparam (Trivandrum) on the southwest tip of the country where he met up with with two British girls, Nadia from Hong Kong and Pip from London. Together, starting at the Arabian Sea, they boated through the back water of Cochi to a wild life preserve and tiger sanctuary in the mountains. After an extended educational bout with the animals and enchanted evenings spent sleeping on’ a house boat, they returned to Thuruvananthaparam and flew inland to Bangalore. From there they traveled by car to Puttaparthi, the home of Sai Baba, a renowned “avatar” (one sent by God to help a troubled world). Joining his many followers they stayed for a few days at his “ashram” (a spiritual retreat) and attended the twice daily “darshans” (audiences with a deity or saint) where they basked in Sai Baba’s spiritual light and received his religious teachings.

Eventually, Anthony left his English pals and flew to Madras on the east coast. From there he caught a 26 hour train ride along the Bay of Bengal up to Bhubaneswar, where he spent two days in a very poor tribal area checking in with the local people and visiting the area’s temples.

Next he flew to his base in northern India, the home of sisters Shanti and Divia in the capital city of New Delhi. From there is was another four hour train ride and a rugged journey by Jeep into the mountains above Rishikesh, where he spent the next five days in the small village of Shivpuri on the shore of the Ganges River where the clear glacier fed head waters flow out of the Himalaya Mountains. By day he white water rafted the mighty Ganges; at night he slept on the white sandy beaches of this the holiest river in the world.

After a return to base, it was time for his sojourn by train and car into the mountains northwest of Delhi to Dharmshala—the Tibetan refugee city and home of the Dalai Lama, the spiritual leader of Tibet. When China invaded Tibet in 1959, India allowed the Dalai Lama to set up a refugee city in the mountains where 20,000 of Tibet’s four million people now live. Anthony had the phenomenal good fortune to have an audience with the Dalai Lama which left him brimming with joy and tears of elation. He strongly encourages everyone who reads this to get involved with the liberation of Tibet from China.

Anthony spent time teaching English to some of the Buddhist refugees, who he described as laughing, happy, and non-judgmental people who eschew hate and revenge despite the ordeals they’ve suffered. The standard sentence for demonstrating against China’s occupation of their homeland is three years imprisonment, beating and torture. After their release from jail they must then cross the Himalayas on foot to reach Dharamshala, a journey that can take weeks, and many of them are sick and elderly. “Step up to the plate for Tibet”, says Anthony, “and the daunting task of getting China out of Tibet.”

After five days in Dharamshala Anthony returned to Delhi to leave for Australia but couldn’t get a flight, so with time to kill he traveled to Agra where he hooked up with an “old school” guide who took him to both the Taj Mahal and the abandoned city of Fatehpur-Sikri. Finally, it was back to Shanti and Divia’s in Delhi, and then his flight out of India and back to Flea’s home in Australia for some fun in the sun, swimming, surfing and a memorable side trip to the great city of Sydney. 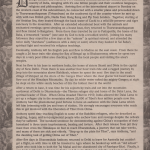 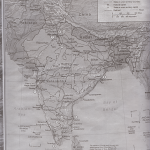 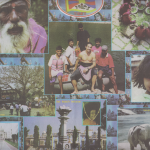 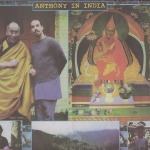 This is from Rockinfreakapotamus issue 10 if you are interested in the rest of the magazine- lots of pictures of Anthony Kiedis.

The six magazines I have are all listed HERE If anyone can help out with the issues I’m missing (either to scan, photograph or sell), I’m really interested as I’d love to get them all online in recognition of the hard work that Blackie Dammett put into the fan club.