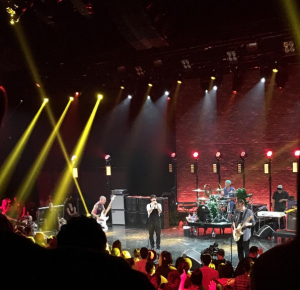 UPDATE: Video of full show added at the bottom of the page

Today/yesterday (time zones!) the Red Hot Chili Peppers played a concert for iHeart Radio to a crowd of 200 fans who had won tickets through competitions for the show. The concert was recorded and will be broadcast on June 17th which is the launch date for RHCP’s new album ”The Getaway.’

New songs from ‘The Getaway’ were played at the concert and as a result, security at the concert was tight with guests searched and no recording devices were allowed in. Dark Necessities got its second public live performance (the first being at last weekend’s Rock On The Range festival in Ohio) and Sick Love, This Ticonderoga and Go Robot were played for the first time.
Guest Information: 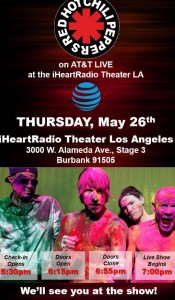 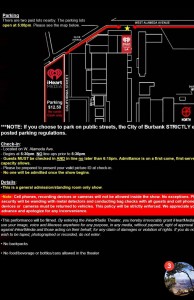 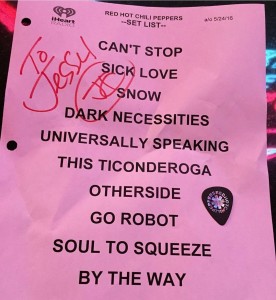 Many thanks to Jesse for permission to use this

Other Information:
They discussed that Sick Love is the song that features Elton John (I’m in England, can I name him? Or is it only his partner we can’t discuss without the threat of law suits?!) and apparently it’s “really slow and mellow”. It was also played twice to allow for an edit as there were mistakes made while playing it the first time.

Anthony Kiedis wore overalls over the t-shirt Flea’s daughter Clara made for him (the now very torn white one he often wears on stage. It has ‘Anthony’ written on it).

Many thanks to Angra who was there!