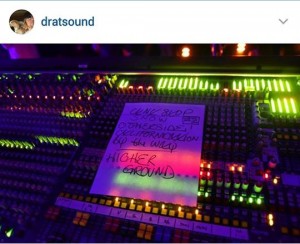 UPDATE: This video shows the whole show; some from back stage and there are clips of the person who took it and side views too but it gives those of us who weren’t there a better idea of what happened!

You can see more about the actual drum-off part here if you are interested: The Drum-Off Between Chad Smith & Will Ferrell @ the Red Hot Benefit Comedy, Music & Quinceanera, April 29th 2016

Please note: Videos and photos are only really starting to come out now. I will update if there’s anything else

Many thanks to Angra who was my LA reporter once again! And Shalhevet for extra info